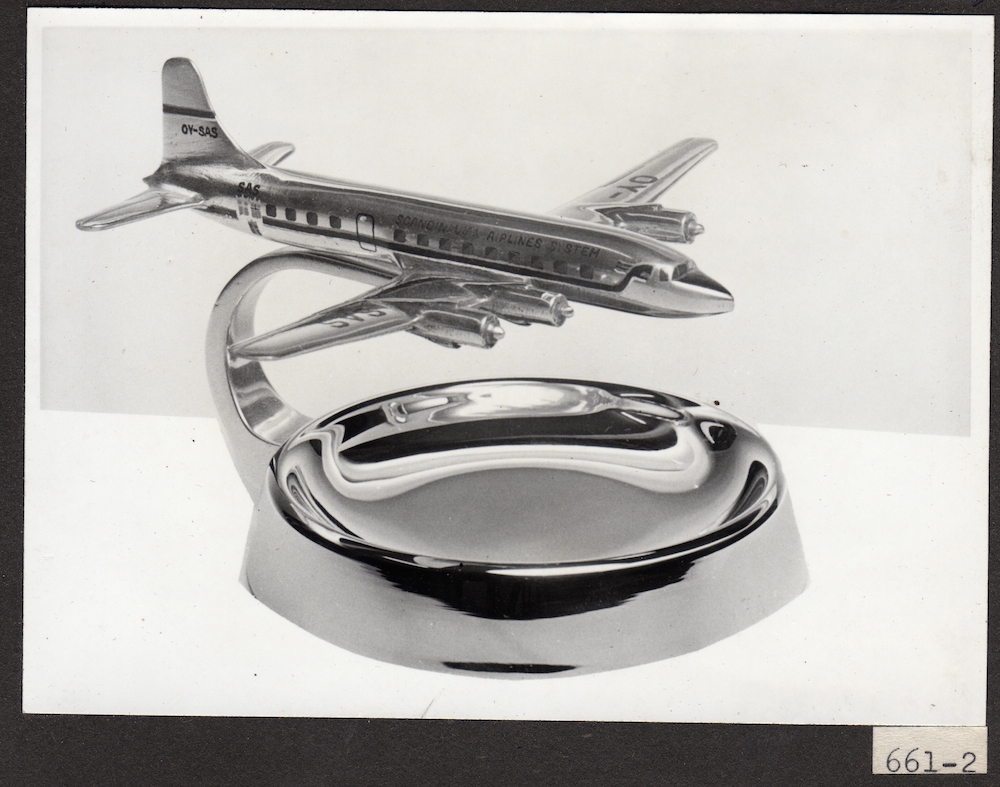 ◄ Back
Next ►
Picture 1 of 1
Ashtrays featuring small models were a mainstay during the 1950s and 1960s, and here is a wonderful example from the W. Osgaard & Co. portfolio with the number 661-2. The idea of having the aircraft ‘flying through the skies’ of tobacco smoke is actually quite good, and it must have sparked the imagination of those yet to experience their first flight.

Scandinavian Airlines System or SAS was to become one of the major customers at W. Osgaard and later Fermo, and this is probably one of the earliest and rarest SAS-models from this company. Note that the writing and cheatlines seem a bit sketchy – they’re probably done freehand, so this may be a prototype. 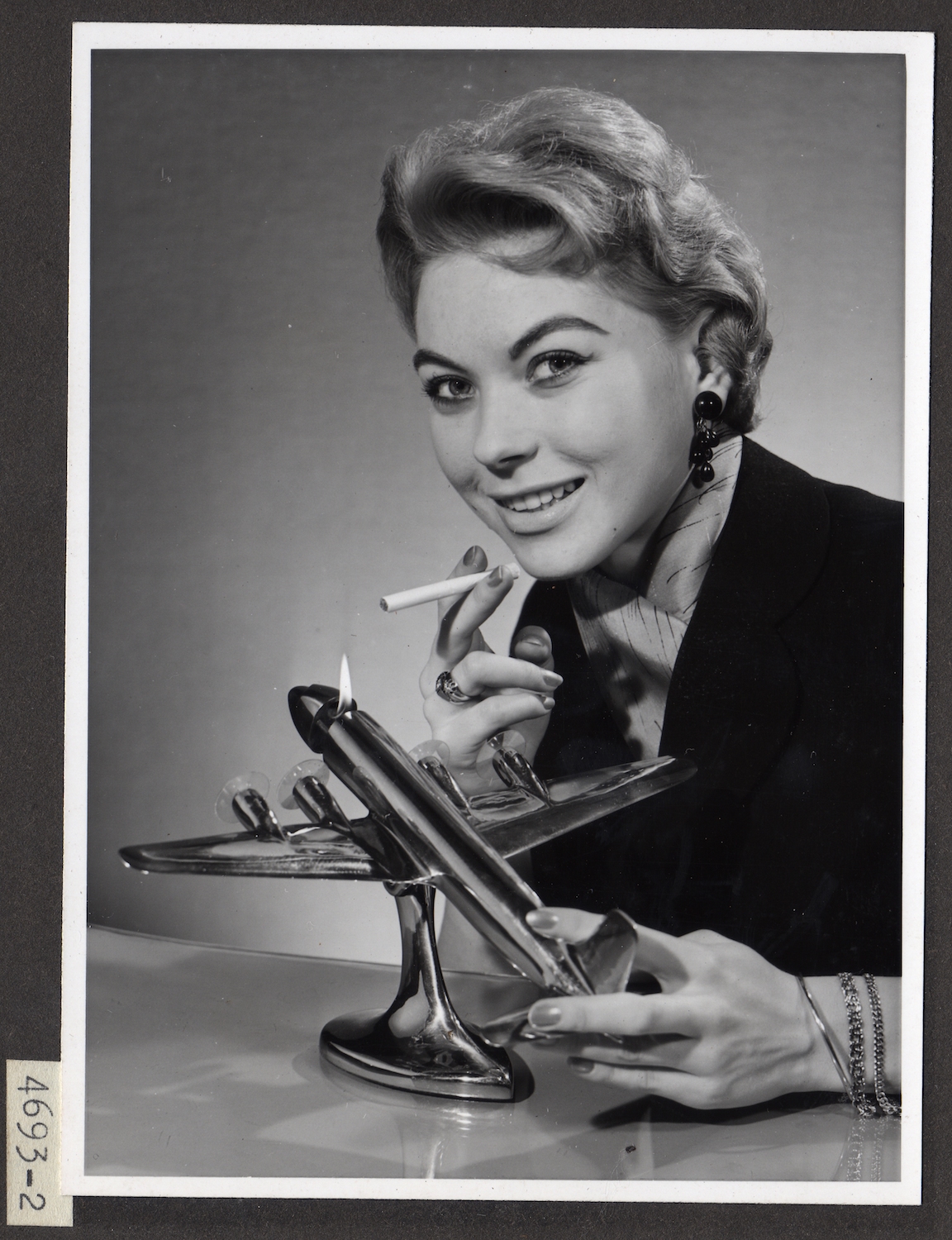 From a time when smoking was allowed on airplanes (and probably everywhere else…), what could be more cool than this Tabletop Lighter model of a DC-6? This magnificent image from the W. Osgaard & Co. sales folder and the number 4693 suggest that this was an actual model produced and sold, but during 15 plus years of research, we are still to see one in the flesh. No doubt about the coolness factor though! 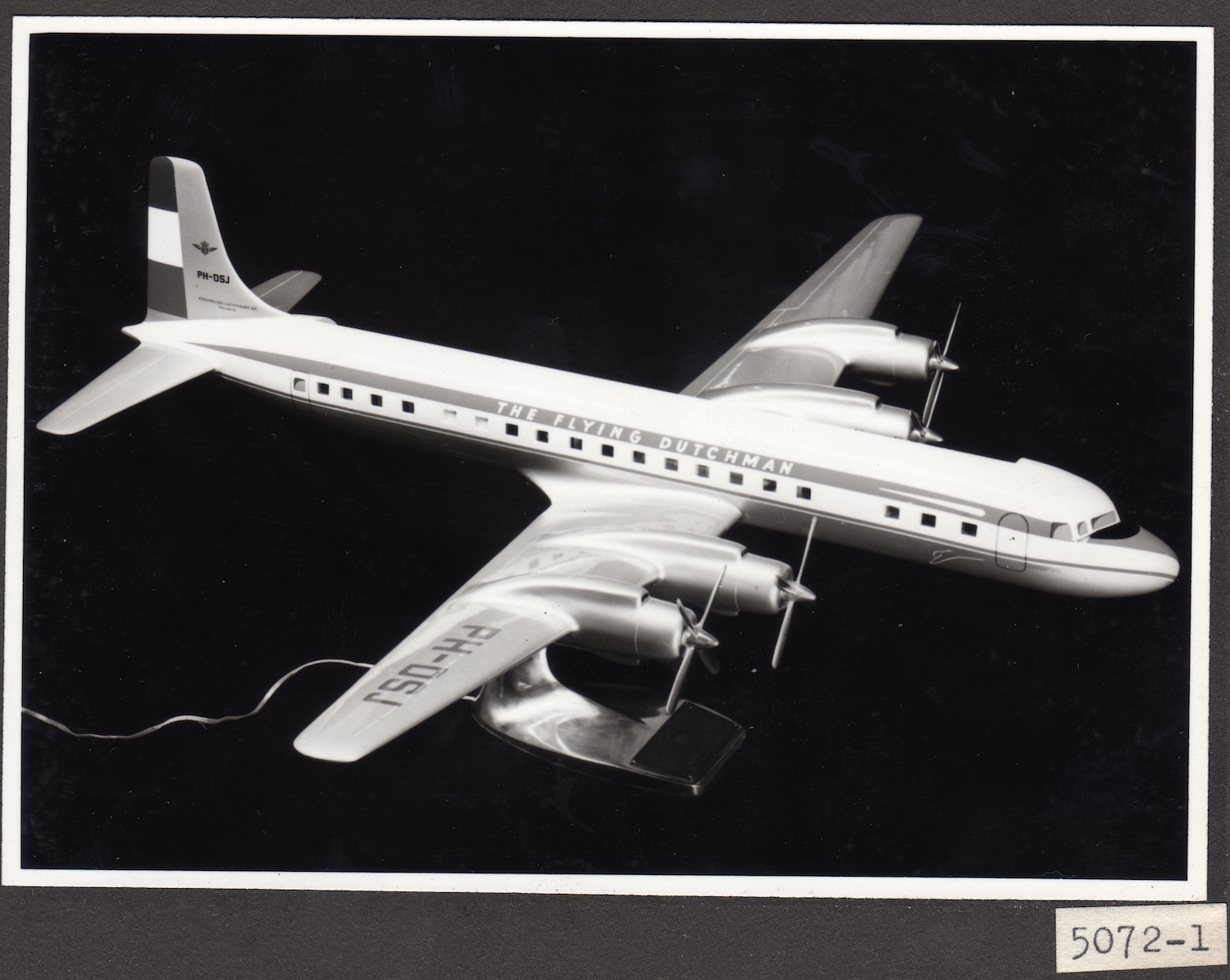 This model is one of the highlights of the late fifties, showing the luxurious interior offered to the traveler at the time. Cast in aluminum and painted, it was offered in the odd scale of 1:40. The seats are injection-molded plastic with a velvet-like  covering not seen on other models from W. Osgaard & Co. A series of probably around 20 these models were manufactured in 1957. Image from the original W. Osgaard & Co. promotion folder, model number 5072. These models show up from time to time in collections on the web.