Fermo at Jægersborg Allé in 1970 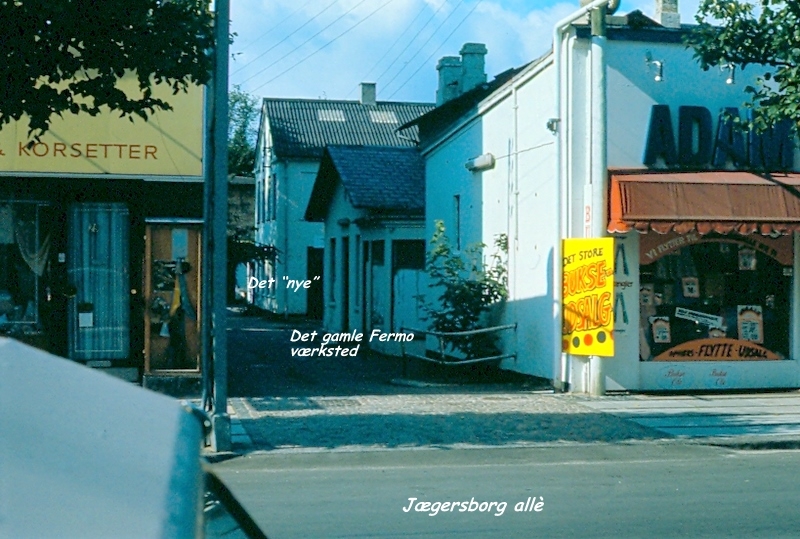 A series of images shot by an employee in 1970. This is the entrance to the Fermo workshop seen from Jægersborg Allé. Danish texts translate to 'The new (workshop)' and 'The old Fermo workshop' as Fermo moved across the yard to larger facilities in the 1960s.