View along Jægersborg Alle in 1970 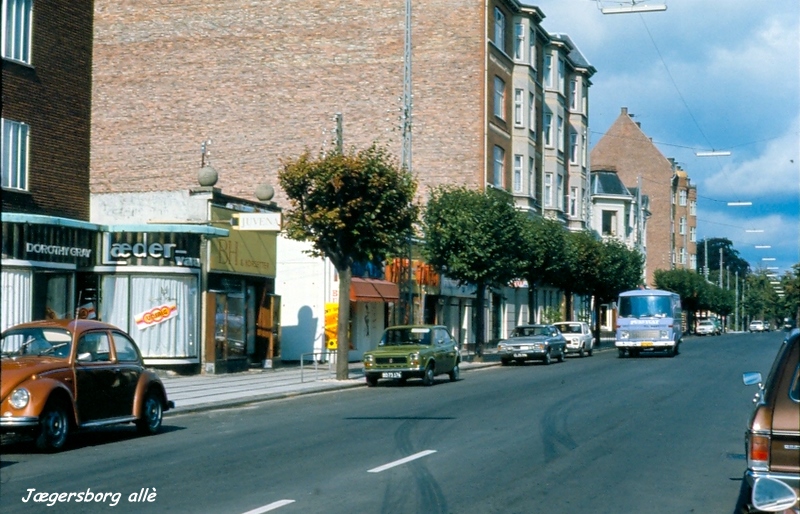 Entrance to Fermo seen from across Jægersborg Allé. All buildings except the former Fermo buildings still exist. Fermo relocated to Østbanegade in Copenhagen in the 1970s after which the buildings were demolished and a new residential building was erected around 1976.